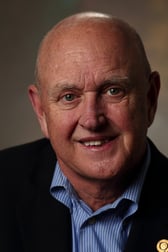 Rick is a co-founder of Waypoint Strategic Advisors, LLC, a Registered Investment Advisor, and is the managing partner of our Summerville, SC office. He has more than 35 years of experience in the financial services industry. Before that, he served in the United States Marine Corps. He is also a co-creator of the Inspired Independence Process™ and the Family Success Navigator™ to help our clients think through their most important goals in life.

Rick has been very involved in his local community, founding a Rotary Club and helping start several youth sports organizations. 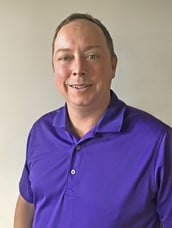 Ben is a lifelong resident of Summerville, with the exception of the 4 years he spent getting his Bachelor’s Degree in Marketing from Clemson University, and is passionate about giving back to his community. He has been the past president of the Summerville Jaycees and The Summerville Evening Rotary Club.  Since beginning his career, he is owned and sold several small businesses before becoming a Waypoint advisor.  Ben became a full time advisor with Waypoint in 2004 and his main focus is working with business owners, pharmacy owners and professionals. He enjoys working with them to help them accomplish their most important life time financial goals.

Ben is a  avid fisher, camper, hiker, biker, and gardener and loves Clemson athletics. He currently resides in Greenville with his wife Samantha and children Ivan and Vera. His main bucket list item is the step foot on all 7 continents. 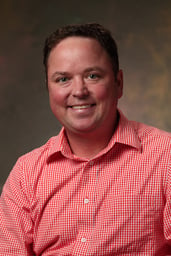 After graduating from Clemson University with a Bachelors Degree in Financial Management in 2003, Matt moved back to Summerville, SC, the town in which he grew up.  He spent five years working as a mortgage banker, eventually working his way up to president of his company.  He is past President of the Summerville Oakbrook Rotary Club, current president of the Summerville Exchange Club and founder of the Dorchester County Clemson Club.  He is also an appointee and financial chair on the Dorchester County Transportation Committee, which is responsible for maintaining roads in his home county. He became a Registered Investment Advisor Representative in 2008 and came to work with his family at Strategic Financial Decisions, LLC which later became Waypoint Strategic Advisors, LLC with its partner company in Asheville, NC.  Matt currently serves as Chief Compliance Officer and Director of Client Service.  He is passionate about his clients and ensuring they the absolute best experience in everything they do with Waypoint.

In 2007, Matt married Kristy, and along with their beagle, Kendall, they live in the Daniel's Orchard neighborhood in Summerville.  Together they enjoy trips to the mountains, attending Clemson football games, and traveling as much as possible.  They are also foodies and are always looking for restaurant recommendations. 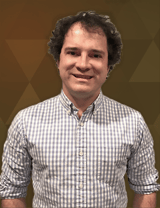 Tyler was born and raised just outside of Johnson City, TN.  He received his Bachelor of Science degree in Business Administration at East Tennessee State University in 2007.  Throughout college, Tyler worked as a summer camp counselor at Buffalo Mountain Camp where he met his later to be wife, Robyn.  Tyler and Robyn were married in June of 2011.  They currently live in Greenville, SC where they are active members of Saint Matthew United Methodist Church.  They enjoy traveling, music, camping, and spending time with their two dogs, Alice and Gandhi.

With a background in finance and retail management, Tyler Joined the Waypoint team in June 2016.  A passion for ensuring the viability and success in small businesses has driven Tyler to help business owners reach their professional and personal goals. In addition to being a specialist with IRAs and 401ks, Tyler also helps provide clients with guidance and developing an overall plan life after pharmacy - not just financially, but mentally and emotionally as well.

Joe is the newest member of the Waypoint team – joining us in January of 2018.  Joe is a music enthusiast, enjoys traveling the world and wants to, one day, open a bar in the Caribbean. He is a big fan of Texas BBQ, a volunteer, a novice singer/songwriter, and father to an amazing three year old son named Dylan. Joe also enjoys doing public speaking events about various financial topics and developing informational podcasts for Waypoint's Income Outcomes show.

After graduating from the University of Texas in Austin, Joe spent years advocating for increased financial literacy and providing financial education to the pharmacy community. He is focused on achieving maximum financial potential for families and small business owners and does so by developing meaningful long-term client relationships. 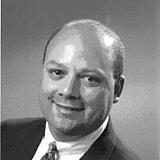 David was born in New Orleans, LA. He is a 40 year resident of Asheville, NC. Some of his recreational interests are golf, skiing, mountain biking, hiking, cooking, dogs. He attended the University of North Carolina from 1980-1985, major chemistry. In 1997 he obtained Life Underwriting Training Council Fellow, LUTCF and is currently enrolled in courses to qualify for Chartered Financial Consultant designation.

David is interested in giving back to his community. In 2009 he became Leadership Asheville Fellow and is currently serving on the Leadership Asheville Fellows Advisory Committee. He has a son, David, and was involved in his youth activities. He was youth soccer coach and referee and also and assistant baseball coach for Buncombe County Recreation 1993-2000. He and his son also spent valuable time together in the Boy Scouts of America, Daniel Boone Council. David was a Scout Leader from 1997-2000.

David started working in financial services in 1996 and is passionate in helping others to plan for life’s unknown journey. His main focus is working with business owners, pharmacy owners, professionals, and individuals to help them accomplish their most important life time financial goals.